This month marks two years since the creation of Soulful Savage, and sees me undertaking some cover art for the works of Science Fiction Grandmaster Mr Jack Vance! It's been a welcome and very humbling hit out to produce cover illustrations for the esteemed Mr. Jack and his Miro Hetzel novels. Formerly packaged as the collection entitled 'Galactic Effectuator', the two books I've been lucky enough to illustrate for are 'The Dogtown Tourist Agency' and 'Freitzke's Turn', with a third cover on the way for the Omnibus title called 'The Miro Hetzel Omnibus', slated for release later in the year.

It's been a very busy time here as I juggle all sorts of things toiling from the Creature Grotto at home! From negotiating with the rampant and insidious dishes, to pacifying a detritus uprising on Ye-Olde wooden floors; I've been effectuating all manner of alien domestic duties as I also tackle freelance on various fronts :) Despite being here with chores to keep the home fires burning, I'm still making a good go of things with freelance. It's a starkly different beast to the Studio scene for sure, and it moves and breathes in an entirely alien way, with a rhythm all it's own. I am thankful for the opportunities. I am also very lucky... 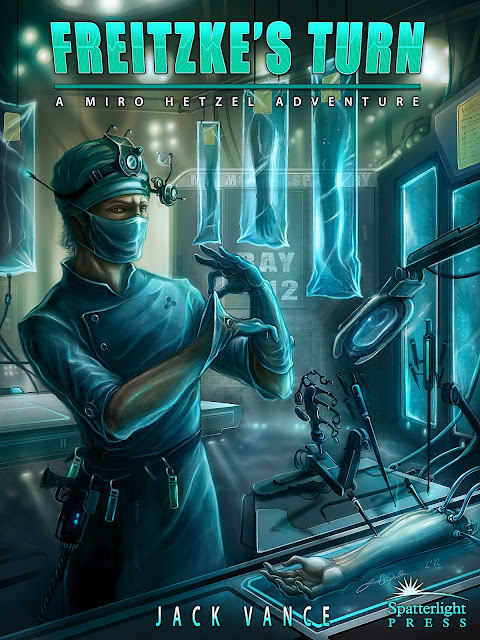 Truth to tell I'd never regarded myself as a particularly lucky person; quite the opposite rather, putting my stock in meritocracy and the whole 'you get out what you put in' edict. If there was a prize to win, I'd miss out. If I dropped my bread, it was always buttered side down. If there was dog poo on the sidewalk, my boot would find it. I didn't really believe in luck....but then there are people out there who continually defy logic, make every wrong turn imaginable and yet still inexplicably come out on top :)
Yes luck does exist... though I feel one has to sometimes engineer the conditions of it's making and try to create opportunities... Hmm, perhaps that's still just the whole 'hard work' ethos again? Hehehe... No, I'm talking about just 'taking a punt' and backing yourself... talking with good connections and friends and introducing yourself to new circumstances :) Showing initiative gets the dice rolling... but a good measure of what follows is wild and variable affected luck :)


It was after talking with David Russell, an industry professional in the field of storyboarding and illustration whom I regard as a friend, when I saw the opportunity to possibly paint some Jack Vance cover art. I got very excited as the works of Jack Vance are incredibly special. David is a dear friend of Mr Jack and was handling the covers for his Tschai, Demon Princes and Dying Earth titles. I checked out Mr Jack's website as David had sent me the link, and saw that they were advertising for cover artists. Weirdly enough my Mother phoned me that same day to let me know that on jackvance.com they were asking for artists...

Providence? Luck? A cross-convergence of guiding consciousness? (lol) Whatever it's name, fates were in motion that were not entirely of my fashioning it seemed. I contacted the Vance Family through the website and took a punt, introducing myself. As luck would have it, the welcome was warm and I was asked to do the works you see here. It's been extremely humbling to produce art works for one of the most prestigious and brilliant science-fiction authors of all time; one whose works have shaped and governed the landscape of modern Sci-Fi writing the world over. I hope I've done his books some measure of justice... but as always you must decide!

So home chores and duties aside, I'm a pretty lucky guy: Lucky being able to ride out the industry drought and work from home... luckier to have these rare and unique associations and opportunities cropping up out here in the Wild. Luckiest though to have a treasured, empowering Family that supports me at every turn; indulging my vocation and feeding  my Spirit to keep taking punts and back myself. Luck seems to be at my back... and besides: it's not every day you get to draw for Mr. Jack!

I think 'luck' is out there for all of us, but we have to go looking and then see it for what it is; the fleeting shade of opportunity. When it speeds past, reach out and catch it, then hold on for all you're worth. You never can tell where that one thing will lead you :) So more coming from me in this vein very soon... I hope you all like this offering! Keep a keen, observant eye out for the works of Jack Vance coming soon in Ebook format online at: www.jackvance.com

You can also find me and my buddy Ron Marc, (who is an absolute fanatic disciple of the written word of Vance!) up there on the site under the 'Jack Vance' tab, then click 'Resources'. It was Ron who first exposed me to the works of Mr Jack some time ago, so very fitting that he also is handling cover illustrations for some memorable Vance titles! Be sure to check out his site soon for updates on his progress at: carefulconan.daportfolio.com
So happy, lucky 2nd Birthday to this soulful little savage and more from me later.... I'm off to clean my boots and hit it again!

Listen to the Soul: remember always what is most important, and never compromise on it. Defend that like a Savage..... 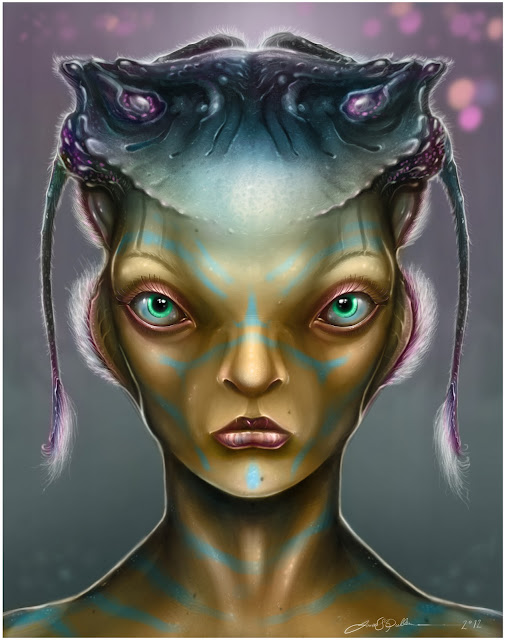 This month truly is the month for Marching forward, and sees me firmly back in the saddle, riding the beast that is Freelance Concept Art. Two hands will be needed to control this wild thing I believe, for since February it has truly started to awaken. In response, this month has seen the launch of 'Soulful Savage Concept Art & Design' as an official freelance concept art business, with me as the sole artist. Currently it is a 'feast and famine' regime, and like many things early on in their infancy, there are many posibilities before it. So as I expand my skill set and do my absolute best to look after the Clients that I have, I'm looking forward to creating, trying new things and really pushing myself to honour the Craft... bringing in some fresh new works in 2012 that hopefully inspire. I'm excited, for there is nothing better than inspiring People to inspire...

So I've been underground for a while, toiling away in the Grotto and giving my skills a Face-Lift; the results of which can be viewed here in this latest offering: The Alien Huntress. So much to do, so much to learn, so it is best to start at the beginning... I'll be revamping this blog with a more updated look; a sort of Face-lift if you will for 'Soulful Savage', with new art from the varied sub-sets of  Film and Games concept art. (For now I have chosen to begin with Character and Creature Design.) Along with the fresher look will be new regular features like 'The Savage Armoury' as well as a 'Feature Artist' segment on some of the finest concept artist's in the business... my Friends :)

'The Dragon's Vault' will also return in full with more insight into the World of Spyro The Dragon, with new works also planned that expand on the vision and show the direction I would have taken had I still been involved. Old posts will also be edited, explaining this and that about how The Legend Of Spyro games were made and the inspiration behind the art... 'til then Peoples, keep creating! It's going to be a good year. Always looking Forward... 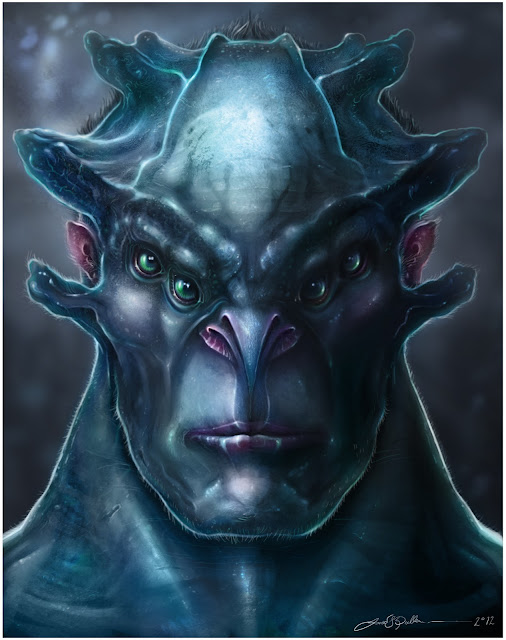 Listen to the Soul: remember always what is most important, and never compromise on it. Defend that like a Savage.....
J S Pullen
Posted by Jared S Pullen at 8:03 PM No comments: