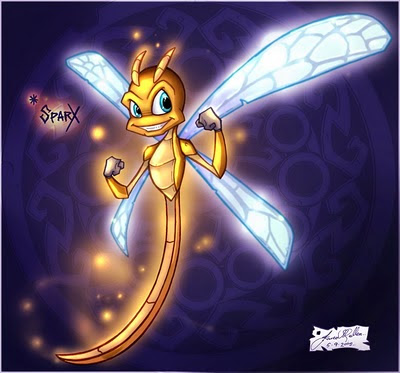 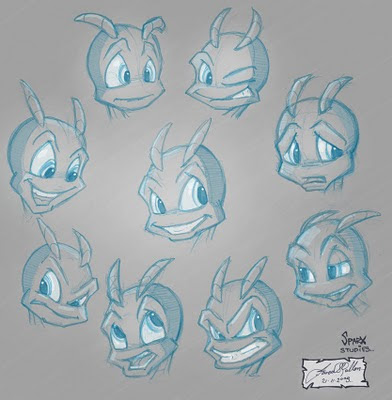 As previously mentioned in July, for me I can say that consistency is a key virtue in art, as well as the quality of the ideas you present as an artist. Sure diversity is a desirable quality of course, as is the ability to adapt to varied art styles for project needs, but that said having a consistency of style, and also in message really defines you as an artist... and on many levels as a Human being. It becomes our calling card, our claim to fame or that one thing that others associate us with. It's all part of our identity and reputation building.

Something that intrigues me in the modern gaming industry is a focussed and uncompromising push towards 'realism' or what is regarded as 'photo-realism'. Indeed in dealing with those outside the creative field (and even with some from within it) I have seen many instances in which a higher value has been placed on art where the style gravitates towards achieving photo-realism. For these individuals that judge the work, there is an uninformed assumption at play that decrees that because a work looks realistic, there must be a higher rigour involved... a higher ability; that the work is more deserving of praise and compliment than a heavily stylsed piece. This is simply not true.

I honestly say to those that judge (and with much respect to my Realist friends out there) that there is a great deal of craft and rigour in creating a style independent of the world around you from thin air; in creating values and rules for that style and in maintaining it through consistency. That in itself takes discipline informed by understanding... and this I feel deserves our respect. To those that would judge, I implore them to look deeper and seek an understanding that there is much to be gained by having a look that is stylised, taylored and unique... for a memorable look beyond what we come to expect can mean the difference between whether the audience remembers your product, your Vision... or not.
Cynder Soldier: Tier 1 enemy type 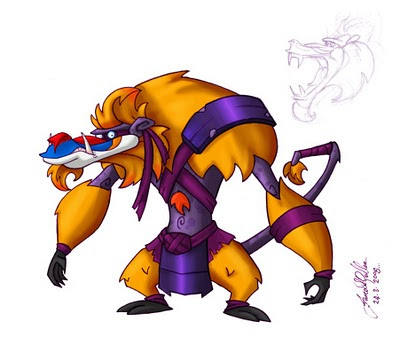 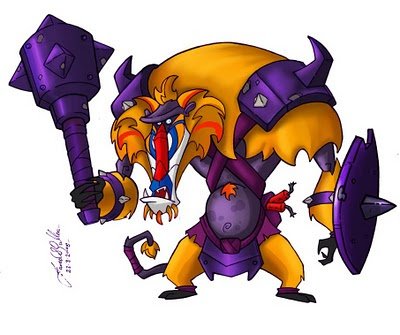 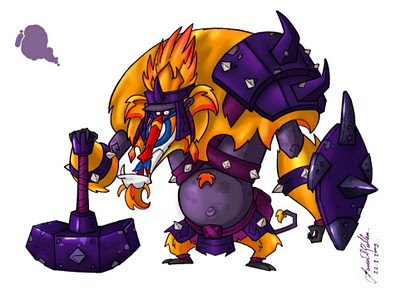 For certain there is much energy involved in crafting any artwork, regardless of the style. Innovation of thought, understanding of the subject matter and exploring possibilities. What I would say is that a stylized approach demands that the artist create something that is less informed by the environment around him/her, and more pulled from the reserves of their inspired imagination. Having the ability to stylize and create a fresh take is a valuable skill. For me it reinforces that you can exercise the mind and the eye to create something different and unexpected, and discipline the hand to maintain the style. Artists of the stylized persuasion... I salute you, and those that would judge... I implore you to see the potent value inherent in this powerful art form.
On the Spyro: A New Beginning project consistency of style was paramount as I attempted along with fellow concept artists Bruno Rime, Ron Marc, Roderick Wong and Mark Hansen to rejuvenate the Spyro franchise and give it a fresh face. Settling on robust shapes, strong silhouette and a weighted 'spiral curve' that would later become an iconic Spyro signifier, I believe we were successful in doing so... and may I add I personally had the best fun of my career. There was a great deal of freedom to explore the new world of Spyro visually, (for which I thank our publisher liasons Chris and Mike from Vivendi Universal) and consistency of style, form and colour palette was something we monitored closely.
Every creature had rules and conventions dictated by the environs from which they came. The three tiers we split enemy types into all related to eachother... each tier an evolution of the last. I'll leave you to judge for yourselves... 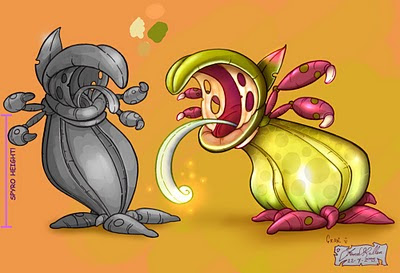 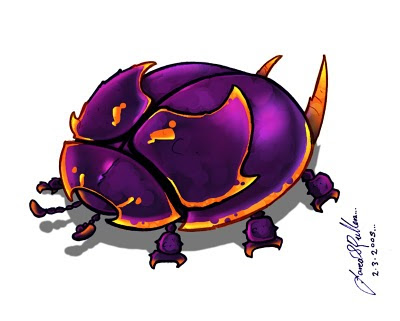 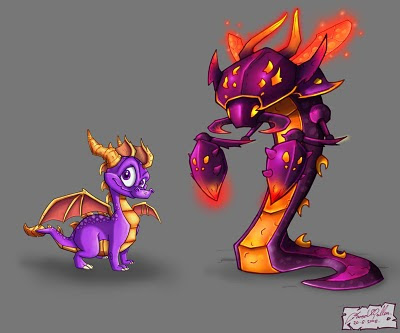 To concept artists of the stylised craft, I say simply: there is strength and value in the work you do... it is a stout gift... and moreover it is the quality of your ideas rather than the rigour of the render that helps to shape innovative visions. You rock. Never let anyone tell you any different.


Listen to the Soul: remember always what is most important, and never compromise on it. Defend that like a Savage.....